The Story Behind Head Cheese

Ejji has been serving up a new delicious concoction every week – steamed buns. Our latest is the “Head Cheese Bun”, which contains fried head cheese, watermelon kimchi and basil lime caesar dressing.

But here’s a fun fact not many know: head cheese is actually not a kind of cheese. In fact, it’s not even a type of dairy.

What is head cheese?

This ingredient is a delicacy that originated from Europe, dating back to the Middle Ages. It’s traditionally made from chopped and boiled pig’s head meat, which is then formed into a jellied loaf. Often times, it includes pig’s feet, tongue and heart.

It is often referred to in North America as “head cheese.” Many people believe that calling it cheese makes it sound more appetizing, especially to those who squirm at the thought of eating a pig’s head. Other names that it goes by include “brawn,” potted heid,” and “souse.” 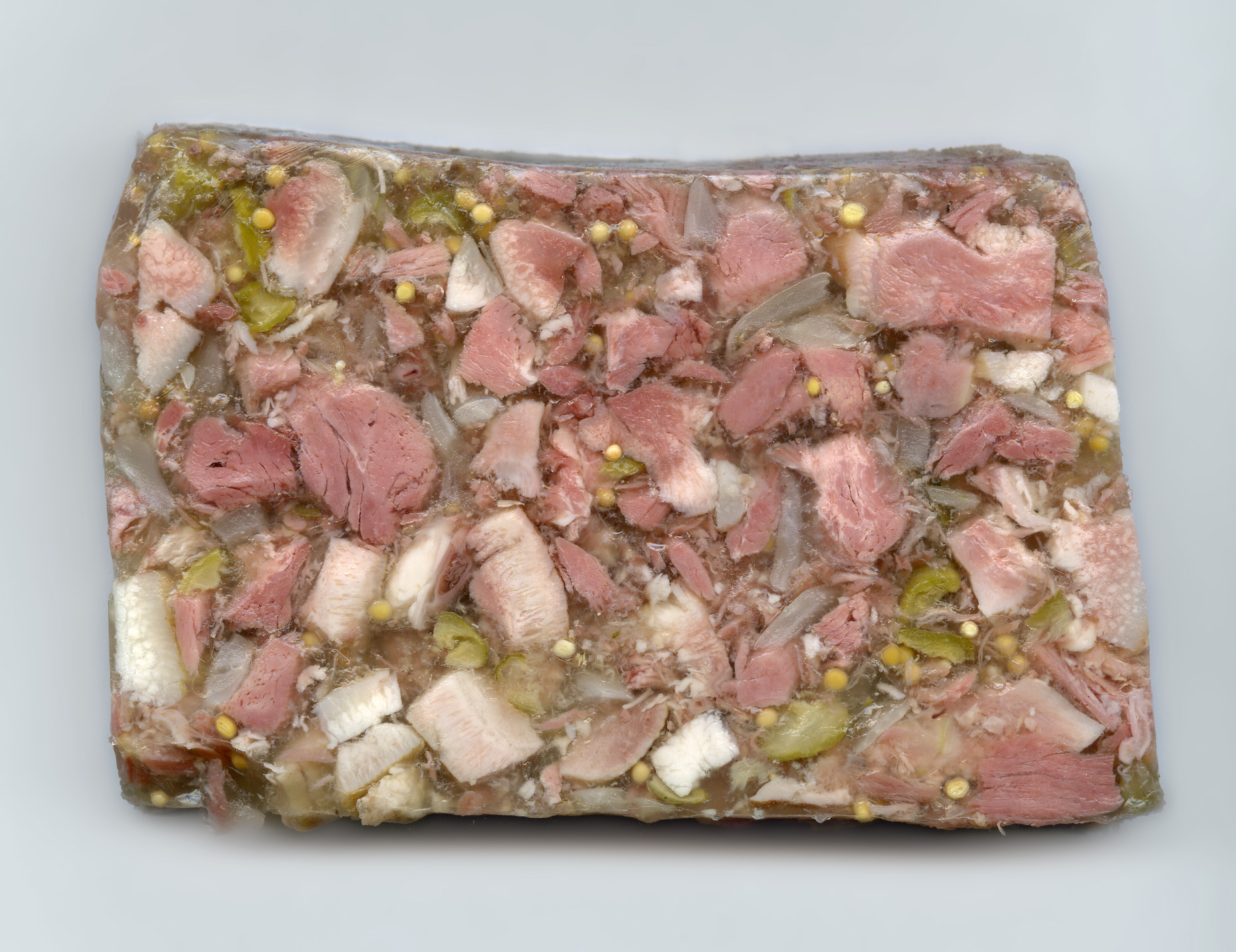 Head Cheese in its truest form

How is it made?

The traditional way is by removing all the organs of the pig’s head and cooking the meat leftover. Since the pork head has high collagen content, the meat produces a natural gelatin and binds together as it simmers. This makes the jellied form. However, commercially-made head cheese often has gelatin powder, a product made from pork and beef bones and skin. Commercially-made head cheese also has food coloring to make it pinkish and reddish rather than a grey color.

How is it served?

Depending on the country, head cheese is eaten several different ways. Since it has gelatin, many people serve it cold, substituting it for deli meat in a cold cut sandwich. An easy way to do this is to spread mustard on a slice of bread and add head cheese on top. It can also be added to an artisan cheese and charcuterie plate.

This ingredient is not prepared the traditional way at Ejji. In fact, it’s the opposite. The head cheese in our steamed buns is deep-fried and warm inside. Once you get past the crunchy texture, you will taste its vibrant porky flavor. Chef Travis likens the experience to eating a stew. Pairing it with the watermelon kimchi adds the perfect acidity and lightness to the dish. Lastly, the basil lime caesar dressing balances and ties up everything together.

As you can see, Ejji is not afraid to use unique and unfamiliar ingredients – especially in our steamed buns. If you’re ready to take your foodie adventure to the next level, make sure you stop by to see what kind of buns we are serving up for the week. You never know what you will find!

← Summertime at Ejji Have an "Ejji" Back-to-School →